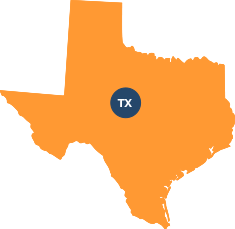 Why We Grade The States

Every year, more than 30,000 Americans die from gun violence. But there’s more to the story. The Law Center to Prevent Gun Violence has been fighting for smart gun laws for over 20 years, and we’ve noticed a trend: the states with stronger gun regulation have lower gun death rates, and the states with weaker regulation have higher gun death rates.

By grading all 50 states on their gun laws and showing the clear correlation between smart gun laws and reduced gun violence, we can encourage state legislators to adopt the common-sense solutions that will save lives. And not just at home—we found that states with the weakest gun laws are also responsible for trafficking the most crime guns.

The good news is that there’s been tremendous progress. Since the horrific tragedy at Sandy Hook in 2012, 37 states have passed an unprecedented 99 laws strengthening gun regulation. Ten states have enacted major overhauls.

We grade the states each year to urge our leaders to build on the momentum for smart gun laws in America, stand up to the gun lobby, and not rest until the entire country has an A+.

The Law Center to Prevent Gun Violence has over 20 years of experience tracking, analyzing, and evaluating gun laws. We used that expertise to develop a comprehensive point system to measure the relative strength of state gun laws. Requiring universal background checks received the most points because it has the best potential to save lives from gun violence. States earned points for other smart laws, such as prohibiting domestic violence offenders from accessing guns, limiting bulk firearms purchases, and regulating gun dealers.

States lost points for laws that weaken public safety, such as permitting hidden, loaded guns in schools and bars, removing the duty to retreat outside the home, and allowing concealed weapons in public without a permit.

After tallying points, we ranked the states accordingly and assigned letter grades. States that enacted lifesaving gun reforms in 2014, like Washington and Massachusetts, increased their point totals from last year, while points fell for states that passed legislation weakening laws that prevent gun violence.

Whether your state earned an A- or an F this year, there’s more your legislators can do to make your state safe from gun violence. Wyoming, a state with an F in 2014, has few laws regulating firearms and the highest gun death rate in the country. Wyoming and other states can improve their grades—and public safety—by, amongst other things, requiring background checks on all private gun sales and allowing local governments to regulate firearms.

States like Pennsylvania that earned a C in 2014 have some smart gun laws on the books, but there’s much more legislators can do. Pennsylvania and similar states could improve safety by, for example, restricting bulk gun purchases and repealing Stand Your Ground laws.

New Jersey received an A- and has a low gun death rate. However, even states like New Jersey can strengthen their laws by banning firearms in bars or requiring background checks at the point of purchase for unlicensed sales.

The Law Center regularly partners with state legislators and activists to improve their gun laws. Contact us at media@smartgunlaws.org to see how we can help.

Building off the historic momentum of 2013, states made enormous strides for smart gun laws in 2014. California enacted the groundbreaking Gun Violence Restraining Order law. Crafted in response to this summer’s tragic shooting in Isla Vista, where the shooter exhibited warning signs of dangerous behavior, this lifesaving new law allows family members and law enforcement officers to ask a court to disarm people who are a danger to themselves or others and prohibit them from purchasing or possessing guns.

Recognizing that the presence of a firearm in a domestic violence relationship can quickly turn a dangerous situation lethal, in 2014 seven states enacted laws to protect domestic violence victims. Louisiana, Massachusetts, Minnesota, New Hampshire, Washington, Wisconsin, and Wyoming all made it harder for a domestic abuser to access a firearm.

More than two-thirds of people murdered by their spouses between 1980 and 2008 were killed with firearms. Domestic violence assaults involving a gun are 12 times more likely to result in death than those involving other weapons or bodily force, and American women are 11 times more likely to be murdered with a gun than women in other countries. That’s why so many states acted to keep firearms out of the hands of known domestic abusers this year.

Given the clear threat firearms pose to victims of domestic violence, we predict—and hope—that more states will follow this example in 2015.

Founded in the wake of the July 1, 1993, assault weapon massacre at 101 California Street in San Francisco that left eight dead and six wounded, the Law Center to Prevent Gun Violence is now the premier resource for legal expertise and information regarding state and federal firearms laws.

We track and analyze gun laws in all 50 states, file amicus briefs in Second Amendment cases across the country, and work with lawmakers and advocates to craft and promote legislation that will reduce gun violence and save lives. We regularly partner with other nonprofit organizations dedicated to combating the epidemic of gun violence in our country, and we invite you to explore our website, smartgunlaws.org, to learn more about our work.

To support us, visit smartgunlaws.org/join. 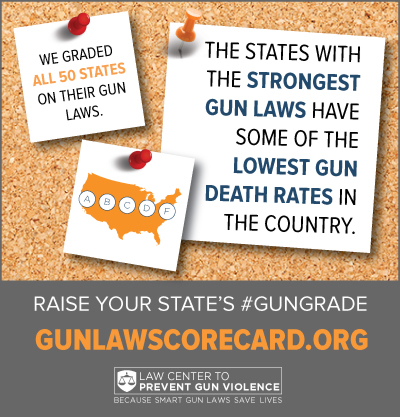 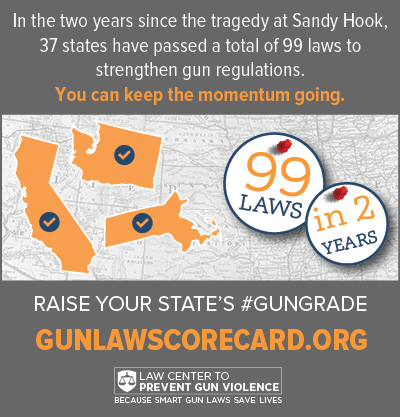 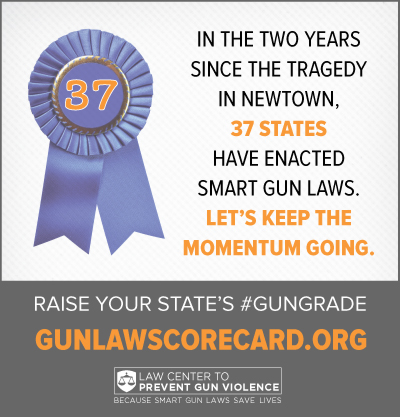