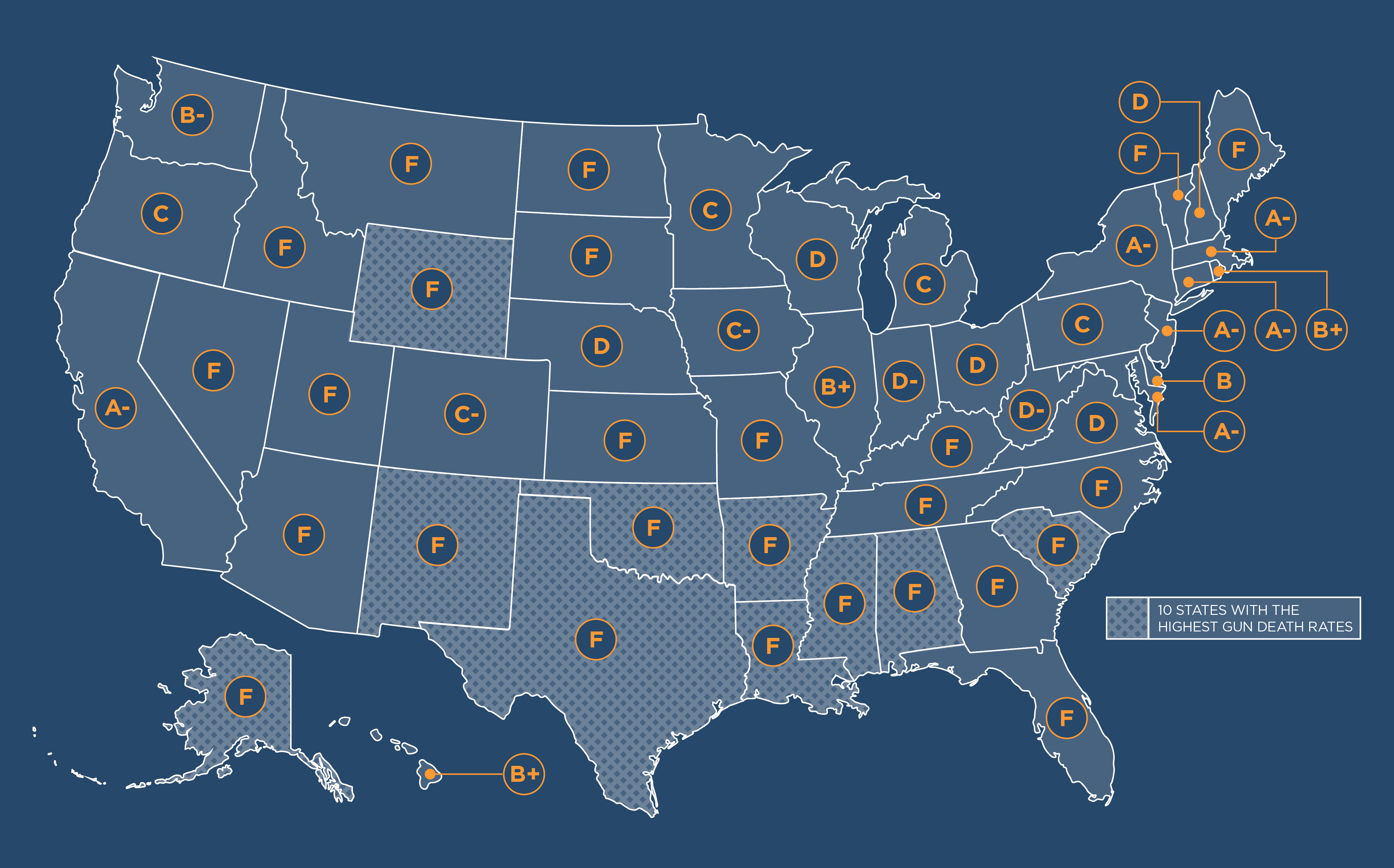 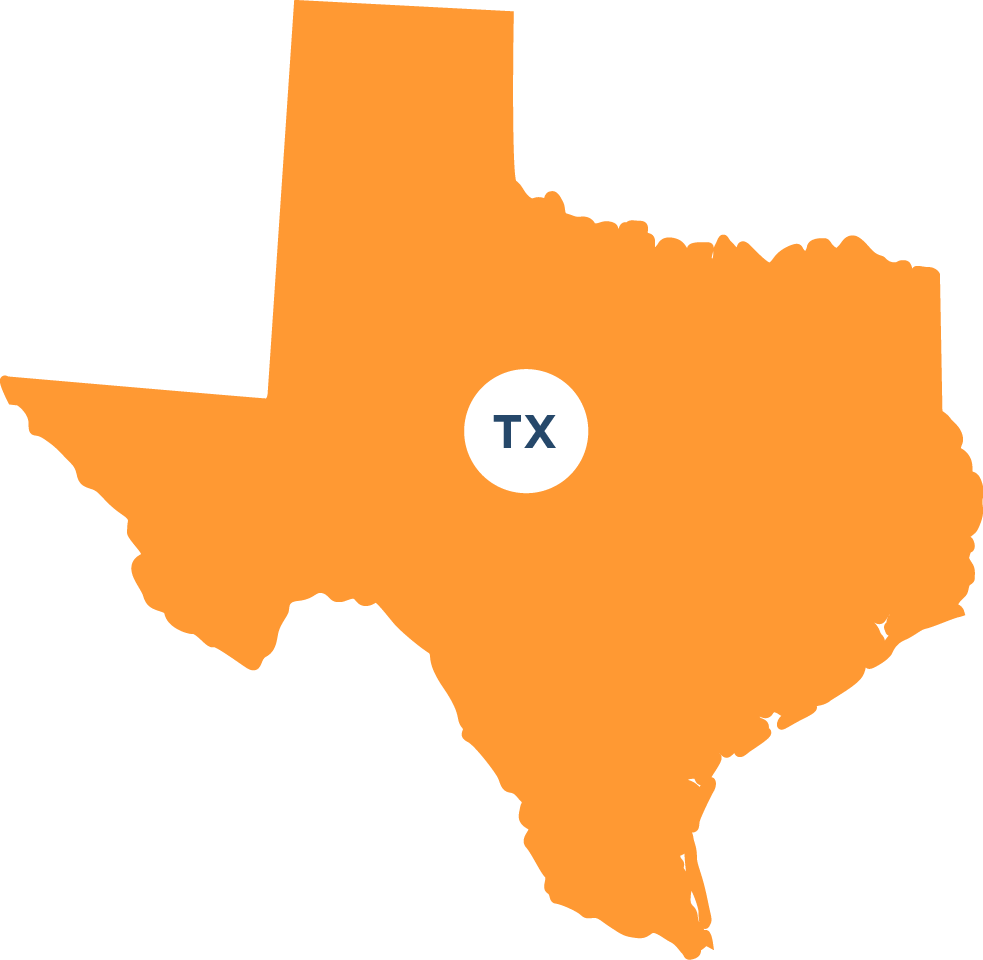 Gun violence is an epidemic in this country. Over 117,000 Americans are shot every year, with 33,000 dying — a rate that dwarfs every other industrialized nation. Adding insult to injury is the fact that we know so much of this pain is preventable. How do we know that? We've done the research.

Each year, the legal experts at the Law Center to Prevent Gun Violence analyze the strength of gun laws in all 50 states and assign letter grades. Then we compare those grades to the states’ gun death rates. Year after year, we’ve seen a powerful correlation: states with stronger laws have fewer gun deaths per capita while states with weaker laws have more gun deaths. And interstate gun trafficking has become a contagion — states with the weakest laws are also the source of the most crime guns. Simply put, smart gun laws are saving lives. But to reach their full potential, those laws urgently need to be adopted nationwide.

While Congress has been shamefully ineffective, the rising public outcry over gun violence has compelled more and more state legislators to stand up to the gun lobby. Since the tragedy at Sandy Hook Elementary, a remarkable 125 new smart gun laws have been enacted in 41 states, plus DC. And the momentum is only growing, with over 90% of Americans supporting common-sense policies like universal background checks.

Use the map above to see if your state makes the grade and learn about the laws your legislators can pass to reduce gun deaths in 2016. Then demand they do it.

The Law Center has over 20 years of experience tracking, analyzing, and evaluating gun laws. We used that expertise to develop a comprehensive point system to measure the relative strength of state gun laws.

Requiring universal background checks received the most points because closing the private sale loophole has the best potential to keep guns out of dangerous hands and save lives. States earned points for other smart gun laws, such as prohibiting domestic violence offenders from accessing guns, limiting bulk firearms purchases, and preventing people on the terror watchlist from buying guns.

States lost points for laws that weaken public safety, such as permitting guns in schools and bars, “Stand Your Ground” laws that remove accountability from deadly shootings, and allowing concealed carry in public without a permit. Especially dangerous are preemption laws, where states prohibit local governments from passing their own gun ordinances. Learn more about these and other gun laws on our policy page.

After tallying points, we ranked the states accordingly and assigned letter grades. States that enacted lifesaving gun reforms in 2015, like Oregon and Delaware, increased their point totals from last year, while points fell for states that weakened their laws. For our comparison with state gun death rates, we used the CDC’s Fatal Injury Report. Take a deeper dive into the CDC’s troubling data on gun deaths.

The biggest legislative success this year was the new universal background check law in Oregon. The state already required background checks at gun shows, but didn’t for other private sales, including those arranged on the internet. The new law ensures that all gun purchases and transfers are facilitated by a federally licensed firearms dealer who must conduct a background check.

The importance of universal background check laws like this cannot be overstated: 40% of all gun sales are private and don't involve a background check, making it all too easy for violent criminals, the dangerously mentally ill, and terrorists to get their hands on deadly weapons.

Oregon is the eighth state since Newtown to pass a background check law, and the 18th overall. We expect that number to grow in 2016. Nevada will vote on a background check ballot initiative in November, and efforts are currently underway on a similar referendum in Maine. Currently, both those states score an F on the Gun Law Scorecard.

For much more on recent gun legislation, check out our publication Gun Law Trendwatch, which tracks and summarizes gun laws as they move through the legislative process. Our legal experts also regularly partner with state legislators and activists to improve their gun laws. Drop us a line at info@smartgunlaws.org to see how we can help.

For years, the gun lobby’s main legislative priority has been to make it easier to carry firearms in public and this year was no exception. In 2015, laws were enacted in Kansas and Maine to allow a person to carry a loaded, hidden gun in public without a permit. Mississippi also passed a dangerous law allowing concealed firearms in a purse, bag, or case without a permit.

For the first time in 140 years, Texas passed a bill allowing open carry of handguns. Another new law in Texas permits firearms on college campuses, though this bill was significantly weakened after public protest.

The myth underlying the gun lobby’s agenda to allow more guns in public places is that “good guys with guns” are the only solution to gun violence. But the research actually shows the opposite to be true — communities with permissive carry laws have greater rates of gun violence. The only benefit of these weak, dangerous policies is to firearms manufacturers, who capitalize on fear to increase profits.

State of the States

As in past years, California received the highest score of all the states. California requires a background check every time a firearm is transferred and consistently passes innovative legislation that influences other states to enact smart gun laws. One groundbreaking example, the gun violence restraining order, passed in the wake of the tragic rampage at the University of California, Santa Barbara. The GVRO allows family members or law enforcement to petition a court to temporarily remove firearms from individuals who pose a danger to themselves or others, something the UCSB shooter’s parents tried to do before he killed six people and injured another 14. Next up for California is the Safety for All Act, a 2016 ballot initiative drafted by the Law Center and Lt. Gov. Gavin Newsom requiring background checks on ammunition and a ban on large-capacity magazines, among other lifesaving policies that will help California maintain its comparatively low gun death rate.

Kansas earned the worst score in 2015, unseating Louisiana for the weakest gun laws in America. Kansas received an F last year, but because it enacted a law that allows people to carry hidden, loaded guns in public with no permit, its ranking dropped from 41 to 50. Kansas also does not require a background check for unlicensed sales and has failed to act other lifesaving policies. Unfortunately, based on what has resulted in other states after weakening their gun policies, once Kansas's new laws take effect, the state's gun death rate is likely to climb to one of the highest in the nation.

Founded in the wake of the July 1, 1993, assault weapon massacre at 101 California Street in San Francisco that left eight dead and six wounded, the Law Center to Prevent Gun Violence is now the premier resource for legal expertise and information regarding state and federal firearms laws.

Made up of the foremost gun law attorneys in the nation, our staff tracks and analyzes firearms legislation in all 50 states, files amicus briefs in critical Second Amendment cases across the country, and works with lawmakers and advocates to craft and promote legislation that will reduce gun violence and save lives.

We regularly partner with other nonprofit organizations dedicated to combating the epidemic of gun violence in our country, and we invite you to explore our website, smartgunlaws.org, to learn more about our work and deepen your knowledge about gun laws in America.

Members of the media interested in interviewing one of legal experts should email media@smartgunlaws.org.

To support the Law Center's fight to end the epidemic of gun violence in America, visit smartgunlaws.org/join. 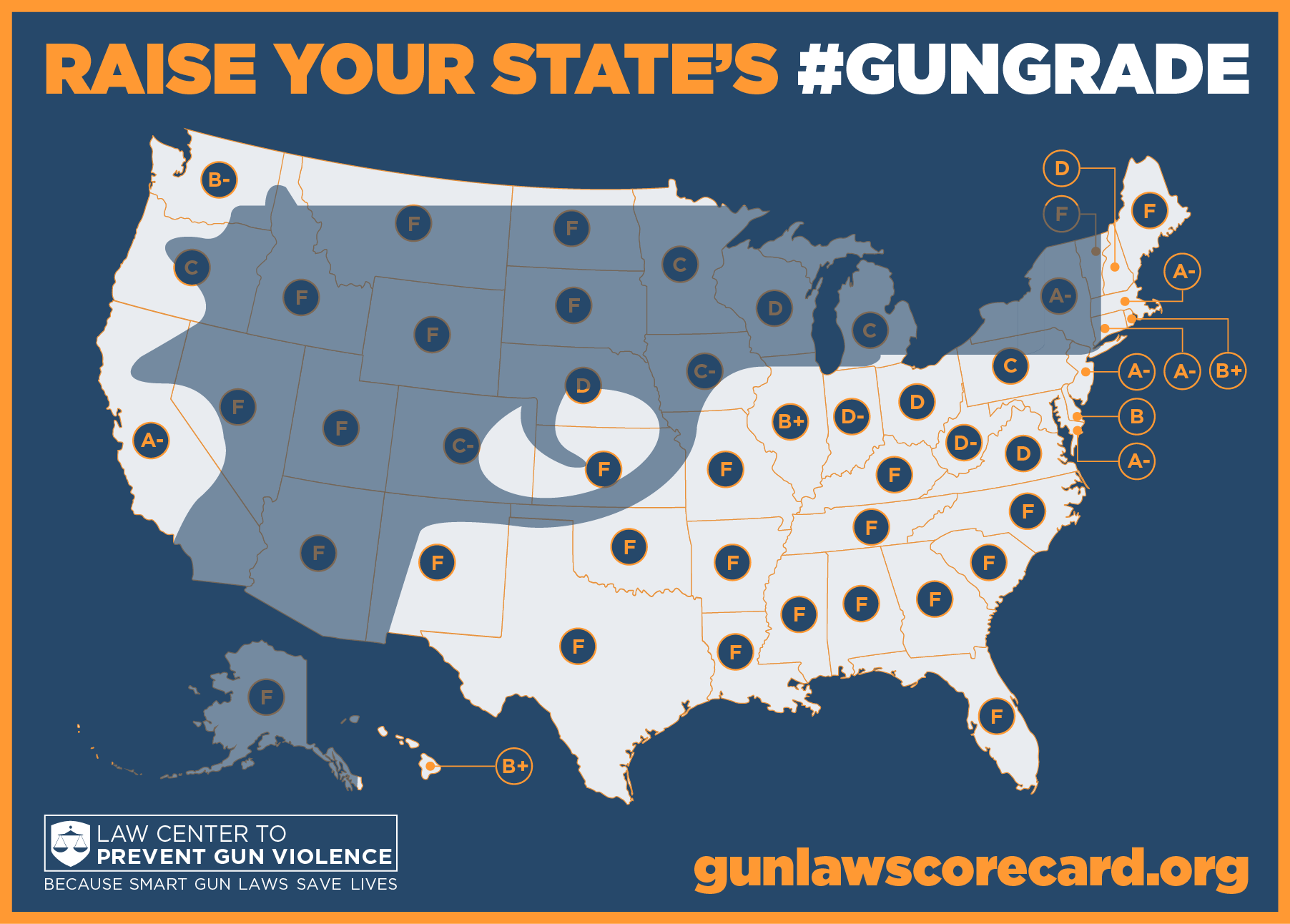 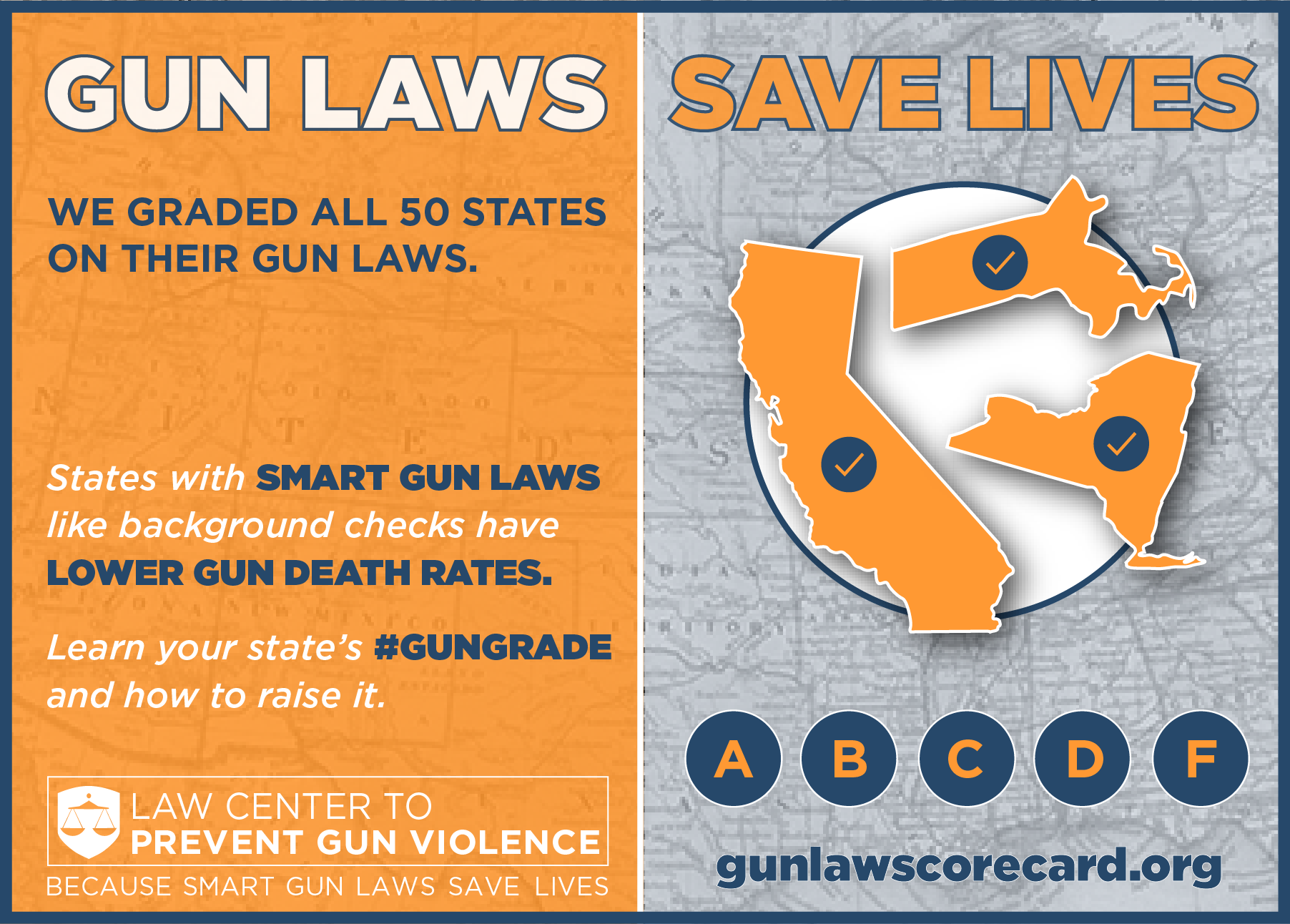