Over the last 22 years, the Law Center has worked at the forefront of the gun violence prevention movement, tirelessly fighting for the smart gun laws that save lives. In 2015, our work became even more relevant, as our nation was rocked by frequent, high-profile mass shootings, like the racially motivated massacre on Emanuel AME Church in Charleston, South Carolina, and the terrorist attack carried out at a developmental center for the disabled in San Bernardino, California.

In the wake of those national tragedies, our attorneys were immediately able to provide their unparalleled legal expertise to those lawmakers seeking to shore up public safety in their communities by enacting smart gun laws. In those moments of darkness, our legal experts offer perspective to the public on the commonsense solutions that help prevent gun violence. We couldn’t be more thrilled with the powerful impact we’ve had.

Our unique legal expertise has allowed us to become the most trusted and relied-upon source for information about gun laws in the United States and the commonsense solutions that will help us secure our communities, save lives, and reduce the tragic impact of the epidemic of gun violence that so many are forced face every day.

Of course, none of this effective, necessary work would be possible without the generous, courageous backing of our donors, members, partners, and friends, whom we are so proud to acknowledge in our 2015 Annual Report. We’re deeply grateful for your support, which enables us to continue our work as a national leader in the battle for smart gun laws, one of the most contentious and complex issues our nation faces. 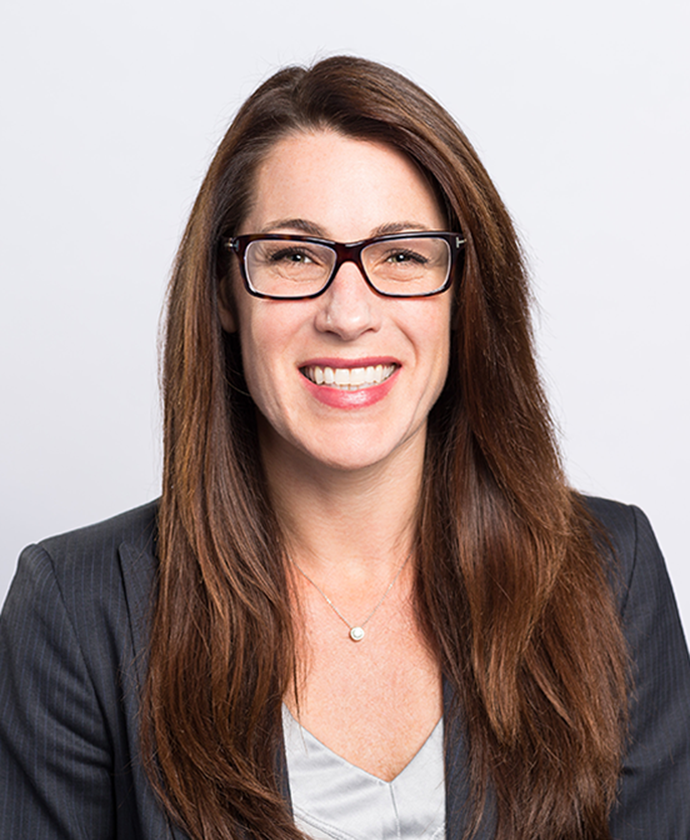 We’re so proud to stand at the forefront of this issue and to play an essential role.

Building momentum while expanding our reach

Our attorneys are the leading experts on gun policy in the United States, and we’re fueling the fight for smart gun laws in three important areas: legislation, litigation, and education. In 2015, our staff tracked 1,323 gun laws across all 50 states, and, by our count, 125 new smart gun laws have been enacted in 41 states in the three years since the tragedy at Sandy Hook. Support for these lifesaving policies continues to build unprecedented momentum that grows stronger by the year.

Another necessary aspect of our work is to stand up to the gun lobby’s frivolous lawsuits in the courts. This work has been extraordinarily successful and rewarding—since the landmark Heller decision in 2008, our movement has defeated the vast majority of Second Amendment challenges in the lower courts, and the Supreme Court has declined to hear new gun rights cases. Our overwhelming achievement in this area proves that commonsense solutions to gun violence do not stand at odds with the Constitution and that reasonable firearms regulation is an important component of the Second Amendment.

Our legal experts have an unrivaled insight into every aspect of the lifesaving impact smart gun laws have on public safety, and much of our work involves educating as many lawmakers, civic leaders, and citizens as possible on our findings. Through our collaborations with policymakers and advocates, our educational programs, and our robust library of publications and policy guides, the Law Center shares and promotes our thoroughly researched solutions to the gun violence crisis. Our work helps both the public and our leaders make informed decisions about a complex and entrenched issue that affects far too many Americans each year.

We’re proud to have worked on these watershed projects and so many others in 2015. 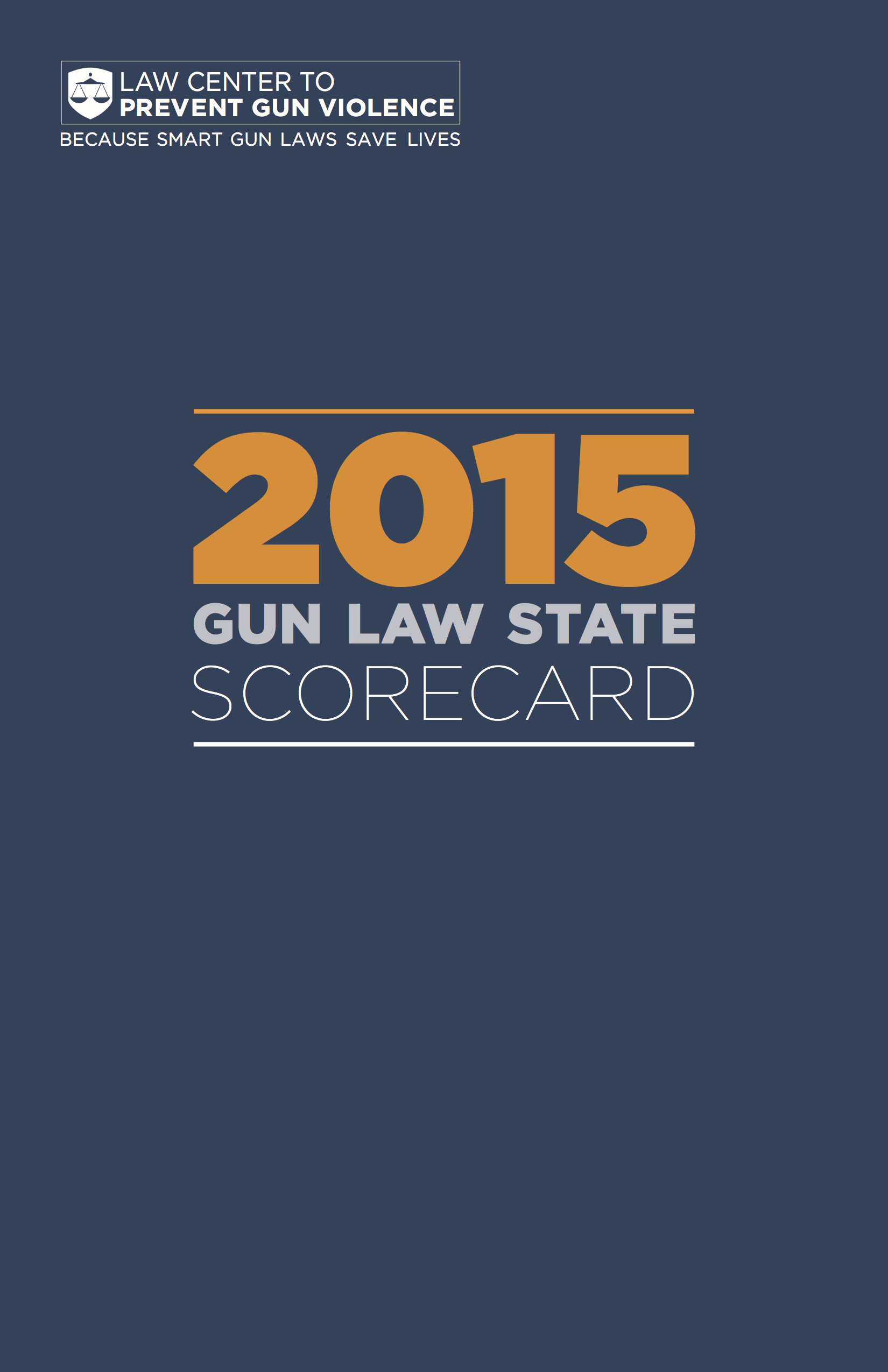 The Law Center was proud to team up with Lt. Governor Gavin Newsom to draft and launch the “Safety for All” initiative, a package of commonsense gun reforms that will strengthen California’s laws by prohibiting possession of large capacity ammunition magazines, requiring background checks for ammunition sales, providing a relinquishment process for convicted of serious and violent crimes, requiring the reporting of lost and stolen guns, and mandating that records be shared with the FBI for background checks.

In Iowa, the Law Center worked with a broad coalition of gun violence prevention advocates to save an essential safety requirement—a piece of legislation supported by the gun lobby would have repealed the permit to purchase a handgun law. Had the bill passed, a person buying a handgun from a private seller would not be required to submit to a background check.

Our attorneys also worked closely with Americans for Responsible Solutions and local domestic violence and gun safety advocates in Delaware to pass a new law that extends the state’s gun prohibition to people convicted of dating partner abuse and adds accountability to the requirement that abusers subject to protective orders surrender their firearms.

Interested in learning more about the gun laws enacted in 2015? Check out our 2015 Gun Law Scorecard, which ranks all 50 states according to the strength of their gun laws.

Our mission to save lives and fight back against the epidemic of shootings facing the United States means our attorneys are standing up to the gun lobby’s spurious lawsuits in the courts, defending lifesaving gun laws already on the books. The high rate of success of this work proves without a doubt that the Second Amendment is not a barrier to saving lives with smart gun laws. Our attorneys’ research, coupled with our pro bono network, enables local leaders to legislate for public safety and stand up to the gun lobby’s specious lawsuits that inevitably follow.

We continue to win court cases at a remarkable pace, underscoring the fact that these laws are Constitutional—despite every effort to prove otherwise. In fact, 94% of Second Amendment challenges have been defeated since the landmark 2008 ruling in Heller v. District of Columbia. In 2015, we filed 10 amicus briefs in critical Second Amendment cases, and assisted numerous city and state’s attorneys facing challenges to lifesaving gun laws.

One of our most important victories in 2015 was in Friedman v. City of Highland Park, where the Seventh Circuit confirmed that municipalities prohibiting assault weapons and large capacity ammunition magazines does not violate the Second Amendment. We were proud to file an amicus brief in the case, with the help of Katten Muchin Rosenman LLP, the inaugural recipient of the Law Center’s Richard W. Odgers Pro Bono Partner Award. Highlighting the devastating role that assault weapons and large capacity magazines play in mass shootings and other gun crimes, the brief successfully argued that the city’s prohibition on these military-style weapons is consistent with the Second Amendment. 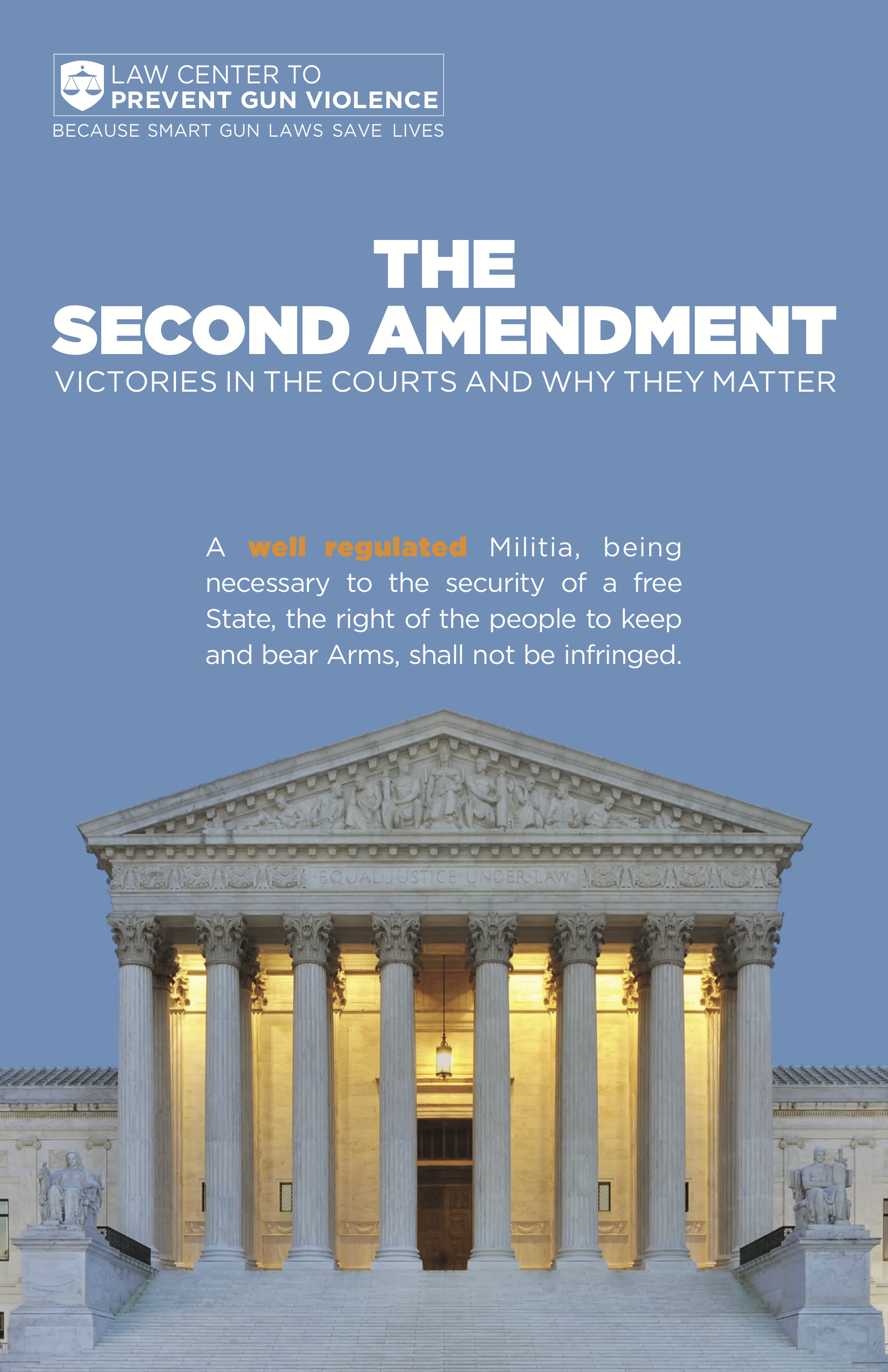 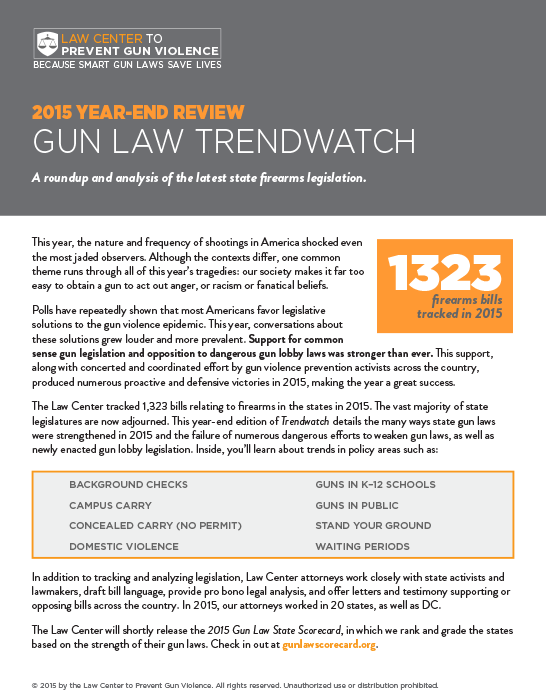 The Law Center’s staff attorneys have an unparalleled expertise in analyzing every aspect of gun violence prevention, and our mission is to share that knowledge with as many leaders, activists, and citizens as possible. Through our publications, educational events, and relationships with policymakers, law enforcement, advocates, and civic leaders, the Law Center’s team works throughout the year to spread accurate, useful information about the American gun violence epidemic and its solutions.

In 2015, we hosted our annual Second Amendment conference in New York City, bringing together over 60 litigators from around the nation to discuss current topics in Second Amendment jurisprudence, current research being done in the movement, and updates from political and public safety experts on different types of legislation.

We also began publishing State Gun Law Trendwatch, a twice-monthly roundup and analysis of the latest state firearm legislation, distributed to our partners in the movement, the press, and the public.

Additionally, we produced another installment of our Gun Law State Scorecard. Each year, we grade all 50 states based on the strength of their gun laws. In 2015, 26 states received an F on the Scorecard, and we determined that Kansas has the weakest gun laws in the nation. California continues to lead when it comes to enacting smart gun laws, followed by Connecticut and New Jersey. Our analysis also reveals an ongoing correlation between smart gun laws and lower gun death rates. We’re looking forward to expanding this powerful analysis in 2016.

Since 2008, our movement has defeated a staggering 94% of Second Amendment challenges.

Honoring our past, recommitting to our mission 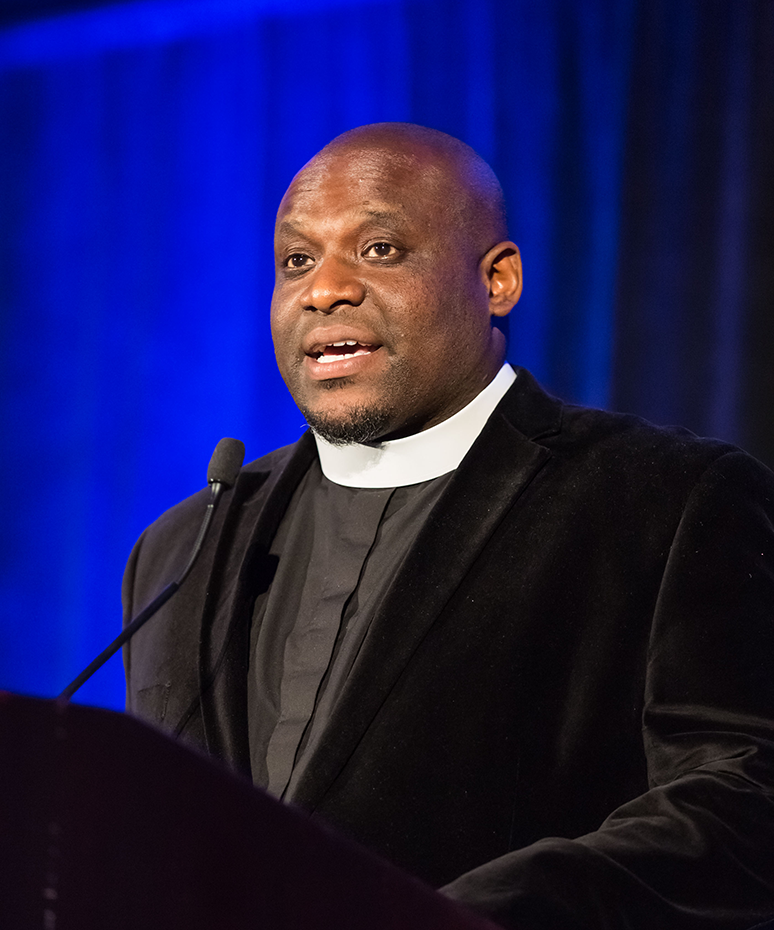 Each year, the Law Center’s network of supporters and friends gather to mark the anniversary of our organization’s founding in the wake of the 1993 assault weapon rampage at the San Francisco law firm Pettit & Martin. The event honors the eight people killed and the six wounded in that horrific tragedy, as well as the 117,000 people who become victims of gun violence each year in America. The event also celebrates the Law Center’s achievements and presents awards to the people and organizations making a powerful, positive impact in our movement.

In 2015, we celebrated our 22nd Anniversary Dinner at the Fairmont in San Francisco, with over 450 supporters in attendance. We honored Los Angeles City Attorney Mike Feuer and New York County District Attorney Cyrus Vance Jr. with our Courageous Leadership Award for their work founding Prosecutors Against Gun Violence. This nonpartisan coalition of prosecutors is committed to developing innovative new strategies to combating gun violence, and we applaud their efforts.

The 2015 Courageous Honoree Award was given to Mark Barden, the advocacy director of Sandy Hook Promise and a parent to one of the 20 children murdered at Sandy Hook Elementary in 2012. We were privileged to acknowledge Barden’s work leading policy and outreach efforts at Sandy Hook Promise, turning unthinkable tragedy into an unflagging motivation to save lives.

Though the program this year was truly inspiring, a shadow was cast over the evening, as the event took place the night after the tragic shootings at the Emanuel AME church in Charleston, reminding everyone in the room of the necessary role that smart gun laws play in protecting our loved ones from tragedy. Our friend and partner, Pastor Michael McBride, led an invocation among those gathered that evening in memory of the victims, putting into words the profound grief suffered by the movement.

We continue to be moved by the generosity of our guests as they displayed their commitment to the Law Center’s work and to creating safer communities. To those individuals and organizations who donate to the Anniversary Dinner year after year, and to the sponsors who joined us for the first time in 2015, we extend our deepest gratitude for supporting this meaningful event.

This was an incredible year for the Law Center, and we thank those who stood with us in 2015.

A special thank you to all of the charitable foundations that support the Law Center to Prevent Gun Violence. Without these generous grants, the Law Center wouldn’t be able to continue to fight for the smart gun laws that save lives. We’re so grateful for longtime funders who have stood by our work for years and for the new foundations committing vital resources to this lifesaving work. 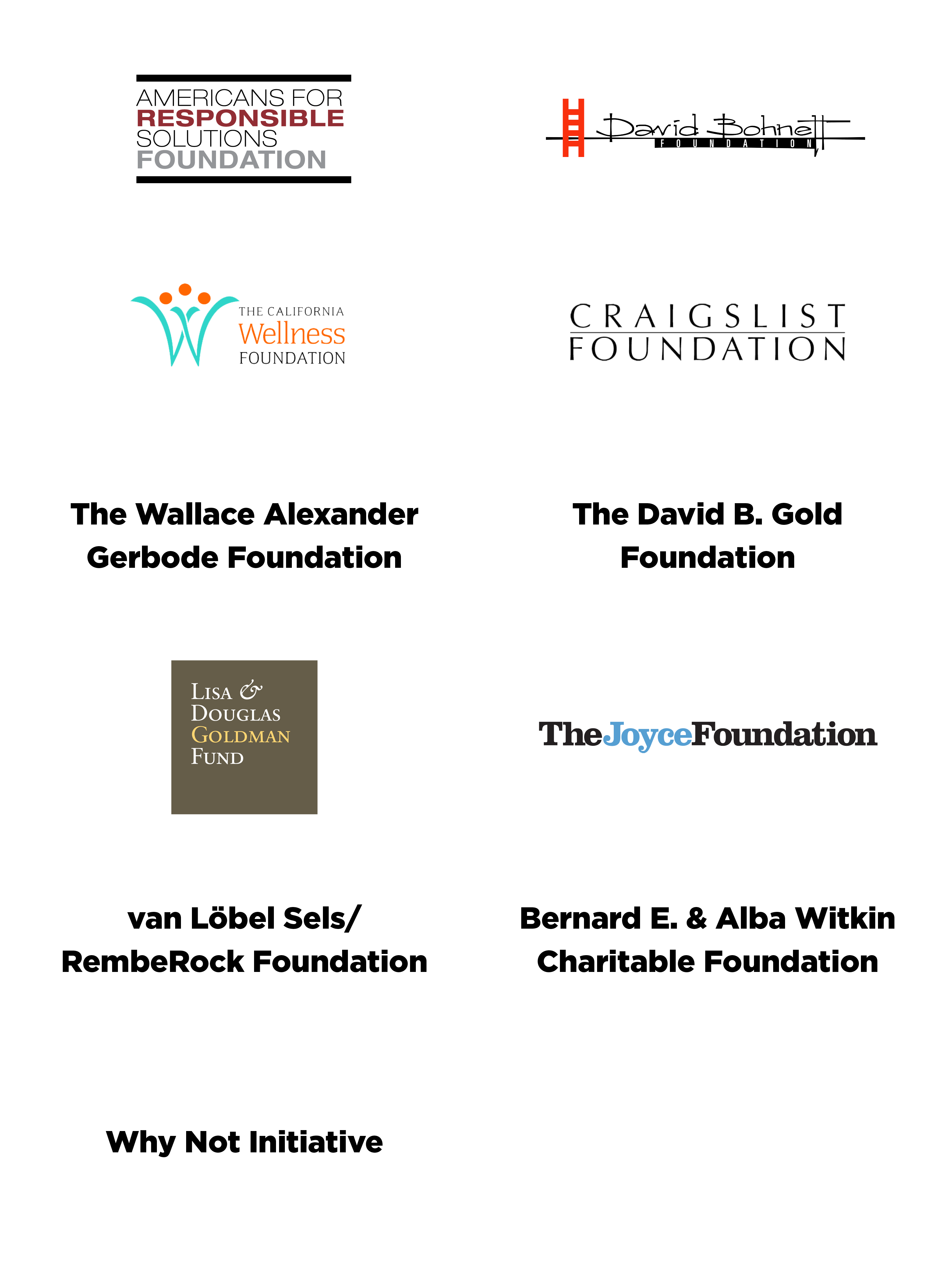 125 new smart gun laws have passed in 41 states in the three years since Sandy Hook.

2015 was a remarkable year for the Law Center and for the movement to save lives from gun violence, and that progress was only possible thanks to the dedication of our members. Our supporters offer us much-needed funding, enabling all the work our attorneys do, from crafting model laws to analyzing legislation to fighting the gun lobby in the courts. Law Center members also help by spreading our message, be it through a call to a legislator, a share on social media, or volunteering at an event. It’s only through collective effort and activism that we can expect to see concrete, lasting change on this issue.

This year, the number of people supporting the Law Center grew significantly, allowing us to hire more staff, launch new programming, and expand our reach to more statehouses across the country. The generosity of our members is truly inspiring, and we offer are deepest gratitude to those who empowered our work in 2015.

Every single day, we continue to be moved by the generosity of our supporters. 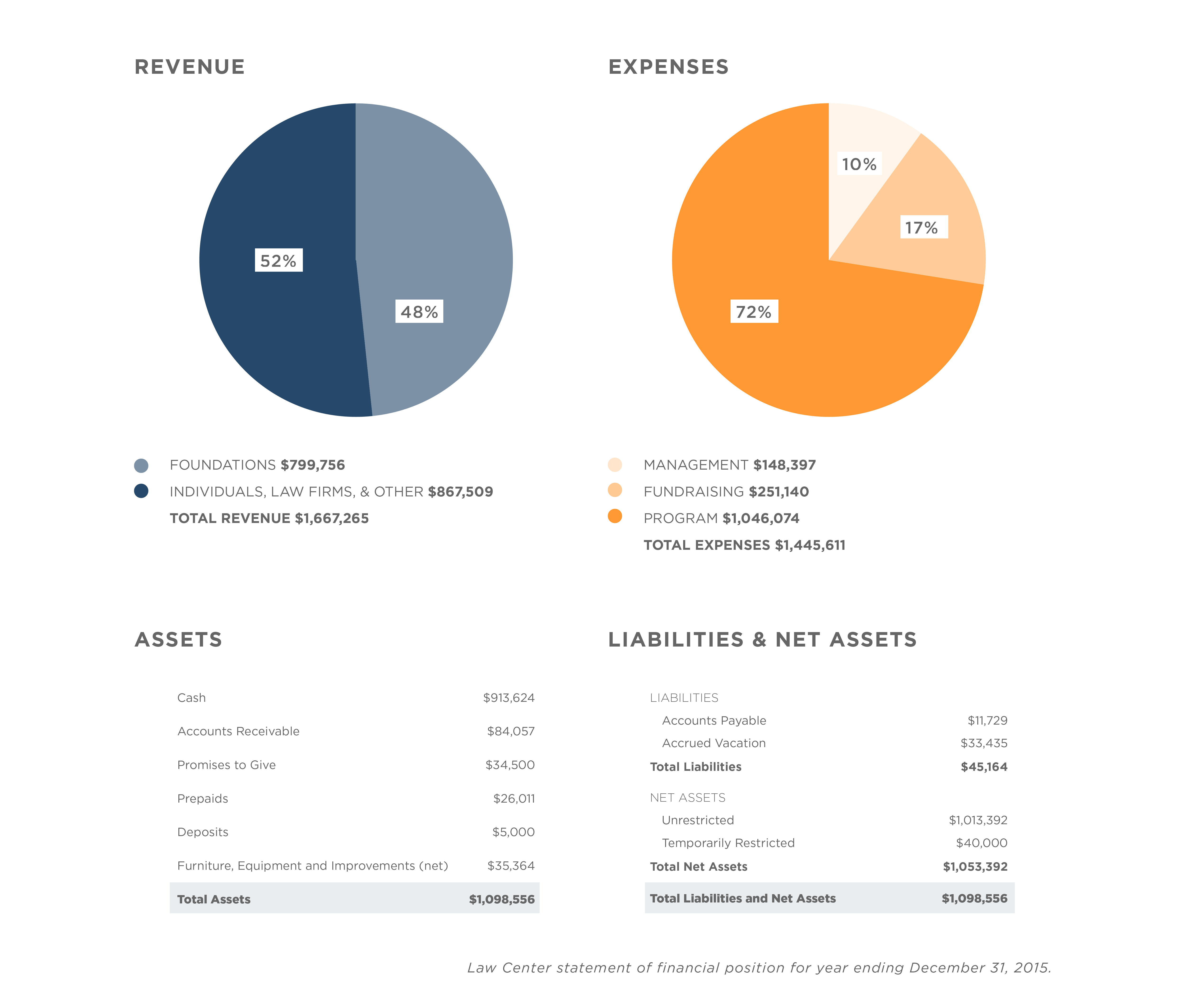