Every child deserves to live free from violence. Our nation’s kids pay an enormous price for our weak gun laws. We must do better.

From 2015 to 2018, more than 35,000 American children were shot before their 18th birthdays. This trauma and suffering shouldn’t be a normal part of growing up.

Young people face threats of mass shootings in schools, armed domestic violence at home, and community violence in neighborhood parks and streets. They are at higher risk of firearm suicide and unintentional shootings than older Americans.

Living every day in fear takes a terrible toll on young people. We can do so much more to combat our epidemic of gun violence and stand up for our children’s right to grow up healthy, safe, and without fear. 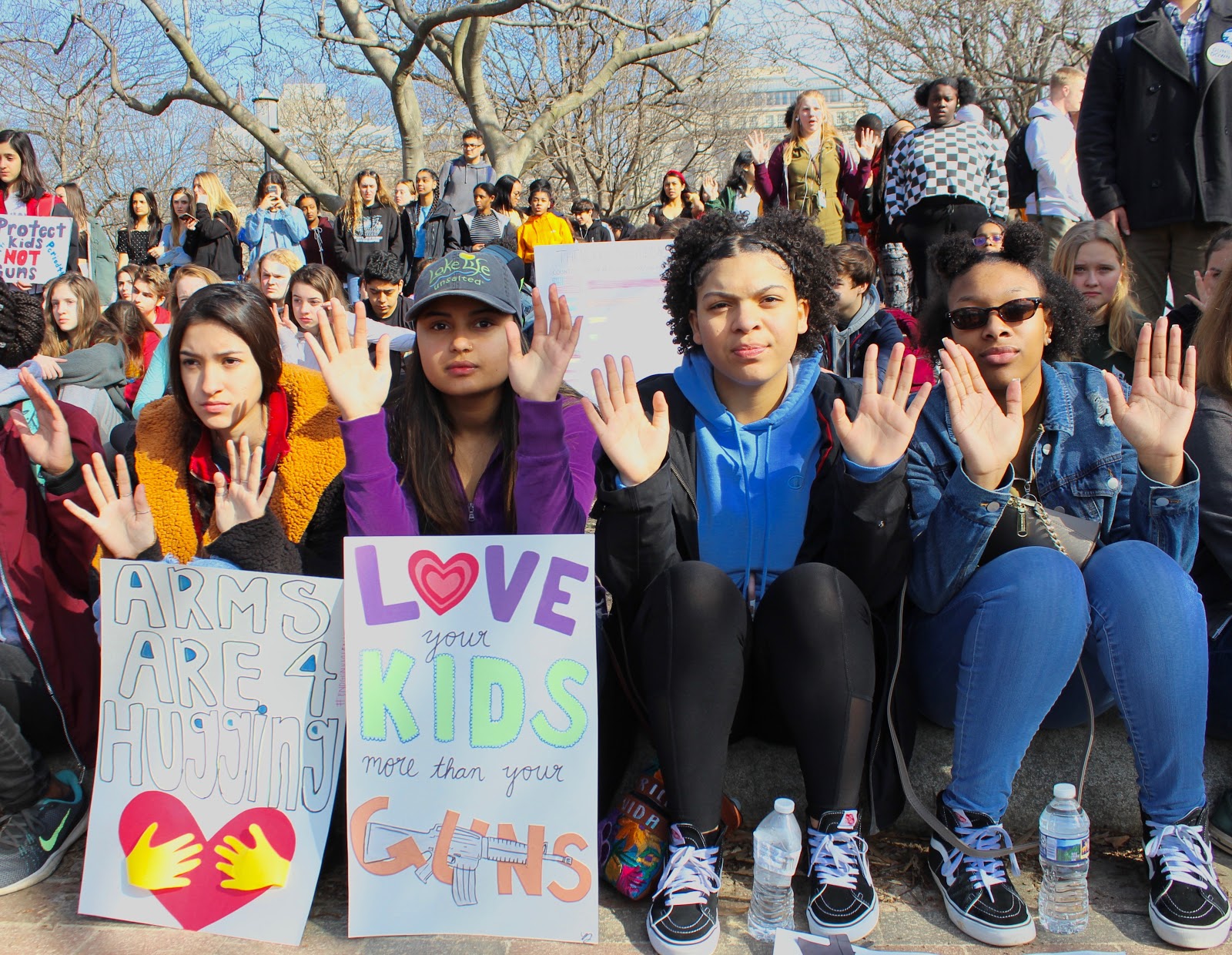 Thirteen-year-old Brooklynn was president of her elementary school, an honor roll student, violinist, runner, and award-winning gymnast. She loved animals and frequently rescued stray dogs, giving them the care she brought to everything in her life.

On June 4, 2013, Brooklynn went over to her best friend’s house after a half-day at school. When Brooklynn’s father arrived to pick her up, she was struggling for air, choking on her body fluid. A hollow-point bullet had entered her back and ripped through her body before exiting her chest. She didn’t survive.

Brooklynn died because of an unsecured gun in her best friend’s home. No charges were filed, and her death was ruled an accident. There was no accountability for the owner who stored their gun where a child could easily access it.

“I always kind of felt like eventually it was going to happen here too. I wasn’t surprised, I was just scared.”
Student survivor of Santa Fe, TX, school shooting

Unintentional shootings are just one of the many ways that guns kill, injure, and traumatize thousands of American children every year. Firearm suicide, domestic violence, community violence, and mass shootings pose a significantly higher risk to kids in the United States than kids in other high-income countries.

Our kids shouldn’t have to learn how to cower under their desks or apply shoelace tourniquets. Parents shouldn’t have to mourn the life, dreams, and potential of their son or daughter cut short by a bullet. Tragically, this is the case for far too many American families. There are simple steps we can and must take to save lives and protect our kids and communities.

The combination of widespread gun ownership and weak gun safety laws creates a uniquely dangerous environment for American children. 91% of children killed with guns in high-income countries are killed in the US.

The effects of this gun violence epidemic are devastating. Each year, over 8,000 minors are killed or seriously injured by firearms in the US. Meanwhile, survivors and their loved ones grapple with grief, trauma, and fear.

Children in neighborhoods where shootings are a daily occurrence are terrified of being hit by bullets as they walk home from school or sit on their front porches. They are taught to hide under beds or in bathtubs at the sound of gunfire. These realities rob children of any sense of safety and security, and can have a lasting detrimental impact on their lives and wellbeing. Nearly 40% of children exposed to a shooting will develop PTSD.

Over 221,000 K–12 students have experienced a shooting at their school since Columbine, and more than four million students endured at least one lockdown during the 2017-2018 school year.  Most American schoolchildren today have been alive for at least six of the 10 deadliest mass shootings in American history, including the December 2012 mass murder at Sandy Hook Elementary that left 20 first-graders and six adults dead. Unsurprisingly, a majority of high school students report feeling concerned about a mass shooting in their own school or community.

kids live in homes with a loaded, unlocked gun

In the US, 4.6 million minors live in homes with at least one loaded and unsecured firearm. Child access prevention laws can help prevent unintentional shootings and gun suicides.

82%
Increase in gun suicides among minors
Between 2009 and 2018, gun suicides of minors increased by a 82%. Laws that require safe storage of guns have the potential to save the lives of young people in crisis.

Nearly 1,600 kids die from gun violence each year. Young children tend to be victims of domestic violence shootings, while teens are at higher risk of gun suicide and homicide.

Centers for Disease Control and Prevention, Web-based Injury Statistics Query and Reporting System (WISQARS), “Fatal Injury Reports,” last accessed Apr. 1, 2020, https://www.cdc.gov/injury/wisqars. Calculations include children ages 0–17 and were based on the most recently available data: 2014 to 2018.

We can, and must, make our country a safer place for children to grow up. Rather than accepting school shootings and other violence against children as the price of freedom, we need to take steps to ensure the safety of our kids.  A number of effective policy solutions can better protect children from violence:

The gun lobby insists that the only way to protect our children is to put more guns in more places, including classrooms—but the evidence says otherwise. The policy solutions listed above must be a part of any honest effort to save children’s lives from gun violence.

Protecting the Next Generation: Strategies to Keep America’s Kids Safe from Gun Violence examines the life-altering implications for the children who witness or survive shootings, particularly with regard to their mental health, and lays out the solutions that can prevent these tragedies.

What Giffords Is Doing

For years, Giffords has helped write, pass, and enact legislation that is reducing gun violence and saving lives. Against fierce opposition, we have helped pass more than 350 new gun safety laws in 45 states and Washington DC since the tragedy at Sandy Hook.

In addition to our work enacting new gun safety laws, our experts at Giffords Law Center are defending our hard-won victories in court and pushing back against the gun lobby’s reckless efforts to arm teachers. In November 2018, we partnered with the Southern Poverty Law Center and pro bono counsel at Munger, Tolles & Olson and Stearns Weaver Miller to represent elementary school students and parents suing Duval County, Florida, over an illegal and dangerous decision to let inadequately trained staff carry guns in schools. The case is ongoing: as of summer 2020, we are representing the families in an appeal after a Florida trial judge agreed in part with Giffords Law Center’s arguments, but then upheld Duval County’s program.

We’ve also been making considerable progress at the federal level, though we still have a long way to go. In 2019, Giffords Law Center Executive Director Robyn Thomas testified in the first congressional hearing on gun violence in over a decade. Giffords helped pass a universal background checks bill through the House of Representatives and helped secure the first funding for gun violence research since the 1990s.

In order to protect the next generation from gun violence, we must work together to stand up to the gun lobby and pass desperately needed gun safety laws. The future of our children depends on it.

We’re in this together. To build a safer America—one where children and parents in every neighborhood can learn, play, work, and worship without fear of gun violence—we need you standing beside us in this fight.

The Truth about School Shootings

Securing a Safer Future: How Incentives for Gun Safety Technology Can Stop Shootings

Preventing the Next Parkland: A Case Study of Broward County