Washington DC — Last week, Congress passed the first gun safety legislation in nearly 30 years and President Biden signed it into law. At the same time, the radical conservatives on the Supreme Court struck down a more than 100-year-old New York law, opening the doors to allowing more guns in public. This move is out of step with what the American people want. Americans think their elected officials haven’t done enough. Several recent polls demonstrate the public’s demand for stronger gun safety laws.

“It has been a tumultuous few weeks for Americans, but one thing hasn’t changed: Gun violence continues to be a top concern for voters. The Bipartisan Safer Communities Act was a significant step forward, and it will go down in the history books as the first meaningful federal gun safety legislation of the 21st century. But more must be done in the fight to save lives. Americans are making themselves very clear—they want gun safety laws, and they want them now. Washington must listen to the American people and continue to push for the lifesaving legislation this country deserves.” 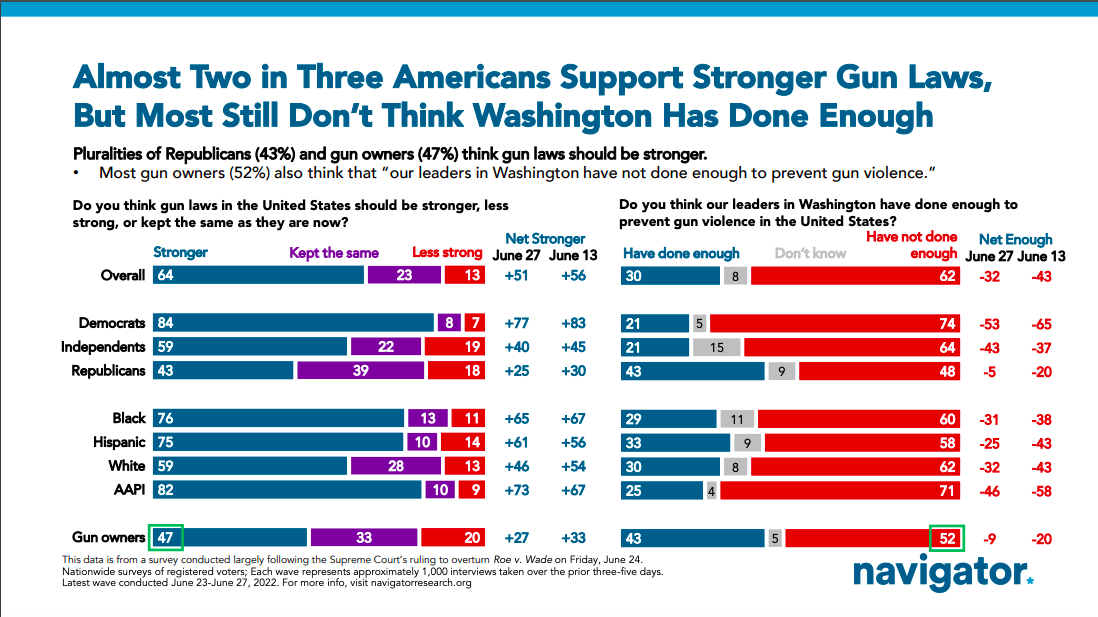 Our experts can speak to the full spectrum of gun violence prevention issues. Have a question? Email us at media@giffords.org.